Data expert techs to the skies in a Spitfire 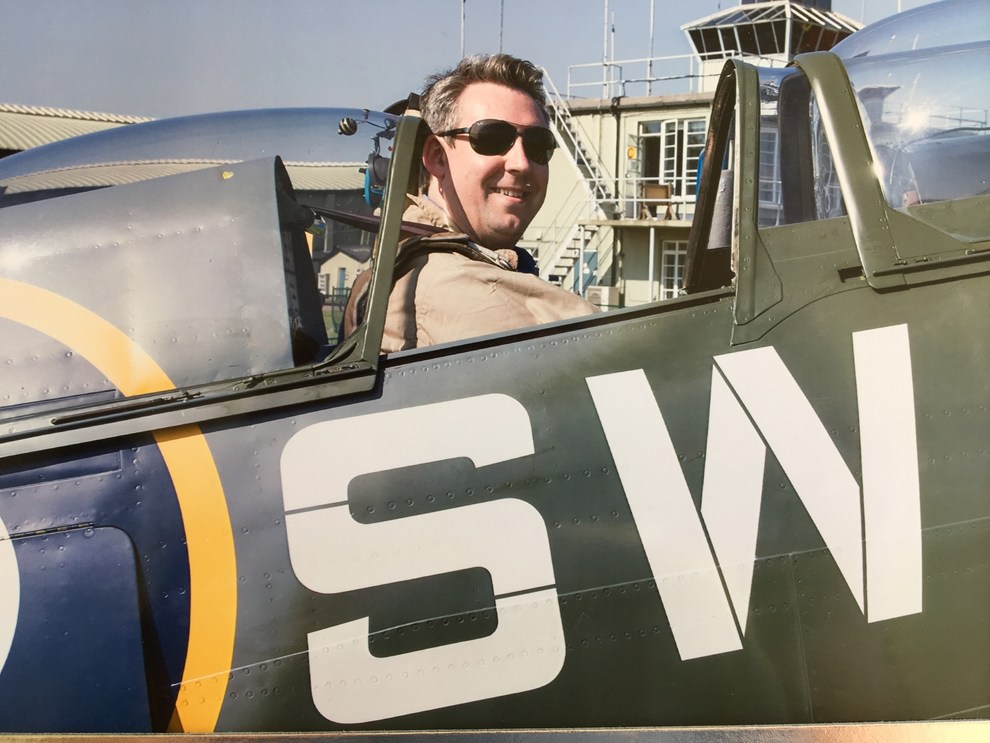 Our top frog swapped the digital cloud for the real thing – by taking to the air in a WWII Spitfire to celebrate his birthday.

Qualified pilot Alex Whittles – who is more used to working in the online cloud as one of the country’s leading business intelligence and data consultants – flew the modified 1943 Mk9 craft while visiting the Imperial War Museum at Duxford in Cambridgeshire.
Alex, founder of Telford-based Purple Frog Systems, said the 30-minute flight had been the experience of a lifetime.

He said he had seen the Spitfire land as he approached Duxford in his own plane, and could not resist the chance to take the craft to the air himself.

“I went over to get a photograph of the Spitfire after it landed to find that they were selling flights in it,” said Alex.

“Without needing much arm twisting, I had a pre-flight safety briefing, got fitted out with a flying suit and strapped into the parachute. Then I went up for the flight.

“After a few minutes, I took the controls of the Spitfire, doing some basic manoeuvres and steep turns. It took some time to get used to the incredible sensitivity and the phenomenal power-to-weight ratio.

“The instructor then took over again and did an amazing victory roll, the Spitfire’s signature manoeuvre, before a low level flyby of Duxford airfield and then landing.

“I now have a 30 minute PUT (pilot under tuition) entry in my pilot’s log book for a Spitfire, along with a grin from ear to ear which will last for some time.”

Alex said the Spitfire was built at Castle Bromwich and flown by the South African Air Force before returning to the UK in 1945 with 253 Squadron.

It was found, restored and converted to a two seat trainer TR9 in 1984, and painted with its old 253 Squadron markings. It is now owned by Classic Wings, who use it for Spitfire flight experiences out of Duxford.