Following the recent announcement of Microsoft acquiring DataZen, I’ve been having a play around to see what it can and can’t do. Here’s a very brief summary so far:

Screen shots of the same dashboard running on an iPhone 6 and in a web browser: 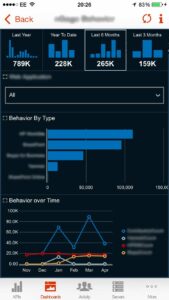 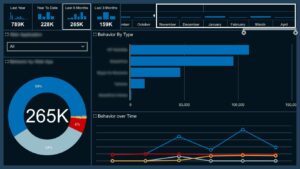 I’ve not been playing with the tool for very long, so I may find ways around all of this. However at the moment I’m concerned that Microsoft are placing their dashboard/analytics future on a product that doesn’t properly support SSAS. In my mind the core strengths of the MS Business Intelligence offering is underpinned by the power of cubes, backed up with SSIS and a the strength of the SQL Server database platform. To buy into a dashboarding platform that doesn’t support and build on this is a cause for concern.

My hope/expectation is that Microsoft take elements from PowerView (that does properly support realtime queries against a cube) and elements from ProClarity/PerformancePoint (e.g. the decomposition tree, etc.), and embed them into DataZen. In which case they could end up with an awesome product.

Yes I’m a cube guy, so I’m naturally focused on the poor SSAS integration. If you don’t use cubes then you’ll probably love it. But MS have some work to do to bring me around.

4 responses to “First thoughts on DataZen”